Understanding the Significance of Qurbani 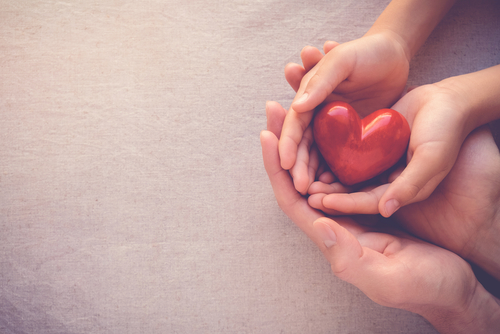 Performing Qurbani is an important part of being a Muslim; it demonstrates your obedience and dedication to Allah (SWT) and ensures you are following His wishes by supporting those in need around the world.

The Story of Prophet Ibrahim

Upon describing his dreams to Ismail (A.S), his son agreed that the sacrifice must be completed to allow Ibrahim (A.S) to show his love and complete submission to Allah (SWT). Without hesitation, the pair ascended Mount Arafat and prepared Ismail (A.S) for the sacrifice.

This story shows the love that Allah (SWT) has for those who love him unconditionally in return. It represents the devotion and commitment that Ibrahim (A.S) had for his Creator, and shows us the importance of following our faith and remaining steadfastly loyal to Allah (SWT).

The Meaning of Qurbani

Qurbani, meaning submission to Allah (SWT), originally comes from the Arabic word ‘qurban’. In turn, this derives from ‘qurb’, which means ‘nearness’. Therefore, the word gives us a big clue towards the meaning of Qurbani.

Ever since that fateful day atop Mount Arafat all those years ago, Muslims around the world come together in Dhul Hijjah, the final month of the Islamic calendar, to celebrate the festival of Eid ul-Adha and perform Qurbani.

By participating in the ritual slaughter of a livestock animal, we are remembering Prophet Ibrahim’s ultimate sacrifice and following in his footsteps in our own efforts to attain closeness to Allah (SWT). The act of Qurbani holds great value in Islam as it is a display of total devotion to our Creator, but in truth, Qurbani means so much more.

What Does Qurbani Teach Us?

In addition to showing us the importance of submission to Allah (SWT), Qurbani can teach us so much more.

Although Prophet Ibrahim’s (A.S) test showed his commitment and dedication to Allah (SWT), Ismail (A.S) also had to pass his own test. By displaying his own willingness to abide by the request of his Creator, Ismail (A.S) also shows great patience and trust. Instead of being concerned for his own welfare, Ismail (A.S) places his belief in Allah (SWT) and is granted the incredible strength he needs to follow His wishes. This teaches us that we must be patient and trust in our Creator throughout our own lives, believing that He will lend us the strength we need to overcome our own obstacles.

Performing Qurbani teaches us about the global Ummah and the importance of unity. It is obligatory for Qurbani meat to be evenly split and distributed in three equal parts. Through the act of sharing one-third of your sacrifice with those in need, you are following the teachings outlined in the Holy Qur’an and actively working towards a more balanced, equal worldwide community.

Another significant virtue that we can learn from the story of Ibrahim (A.S) and the act of Qurbani is that of mercy. Allah (SWT) was merciful all those years ago when he spared Ismail’s (A.S) life, replacing him with the body of a ram. For countless years, the mercy of Allah (SWT) has been there to guide and inspire us through even the darkest of times. Our Creator’s mercy allows us to love and care for our brothers and sisters, offering His mercy in turn through our compassion, generosity, and charitable deeds.

Every year, Muslims around the world perform Qurbani during the festival of Eid ul-Adha, also known as the Festival of Sacrifice.

Those eligible to perform Qurbani must meet the following criteria:

Similarly, there are rules and restrictions around the livestock animals that are eligible for Qurbani donations. The eligible animals are:

All animals intended for Qurbani donations must be in good health, with no injuries. The sacrifice must be made immediately after Eid ul-Adha prayers have concluded.

Lastly, the meat from a Qurbani donation must be split into three equal parts. These are:

The Impact of Your Qurbani Donation

In addition to bringing great blessings and rewards to those completing the act of Qurbani, it also offers the opportunity to give to those less fortunate across the world.

Charity is a vital component of the Islamic faith, and as such, completing charitable deeds is always looked upon favourably. While some acts of generosity are obligatory, like paying Zakat, others are voluntary but still greatly rewarded – Sadaqah Jariyah.

Nowadays, many Muslims choose to make their Qurbani donation with a charity like us here at Al Mustafa Welfare Trust. This enables the donation to go directly to those who are most in need, helping to ensure that the joyous celebrations of Eid ul-Adha can be enjoyed by as many people as possible.

This year, make your Qurbani donation with Al Mustafa Welfare Trust and help your brothers and sisters around the world enjoy Eid ul-Adha.

Prev Article Preparing for Hajj 2019 Click here
Next Article How Much Do You Value Education? Click here