Abu Hurairah (May Allah be pleased with him) reported:
“The Messenger of Allah (ﷺ) said, "When a man dies, his deeds come to an end except for three things: Sadaqah Jariyah (ceaseless charity); a knowledge which is beneficial, or a virtuous descendant who prays for him (for the deceased). ” 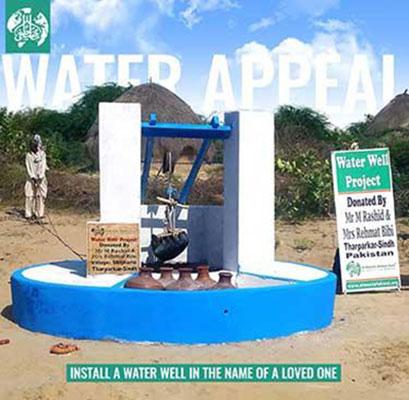 What is Sadaqah Jariyah?

Sadaqah Jariyah is among the three deeds that will accompany you in the grave. Ponder upon this... a deed that will support you even after leading this life. And, in this life you have the opportunity to do great things. An act of kindness is a good example. While according to Wikipedia, Sadaqah (link opens in a new tab/window) is a voluntary act of kindness, Sadaqah Jariyah is a type of Sadaqah of where your act of giving actually lasts forever - even beyond the grave! Sadaqah in Arabic means ‘charity’ followed by Jariyah which means ‘ongoing’.

Examples of Sadaqah Jariyah include: to dig a well, to provide cataract eye surgery, to build a mosque, and to sponsor an orphan. In the Qur’an Sadaqah is mentioned thirteen times and it covers all kinds of charity in the form of giving. Things that mean small to you can have huge impact to someone else, like a water well donation that provides clean drinking water to thousands of people.

The most praised Sadaqah Jariyah is the sponsoring of orphans. Orphans need a safe place to grow and call home. So, we start with the basics like clean water and food along with clothes and a homely shelter. To give them a belonging to their communities we provide vulnerable children with a strong foundation. Most of the orphans we’re helping are neglected and many others are from widowed mothers. These mothers trust us with their children, and we do as much as we can to help every orphan.

Along with taking part in Sadaqah Jariyah, with our charity you can take part in completing your obligatory zakat. Checkout our zakat calculator UK today to see how much you’re due to pay.

Sponsor an orphan for £28/month