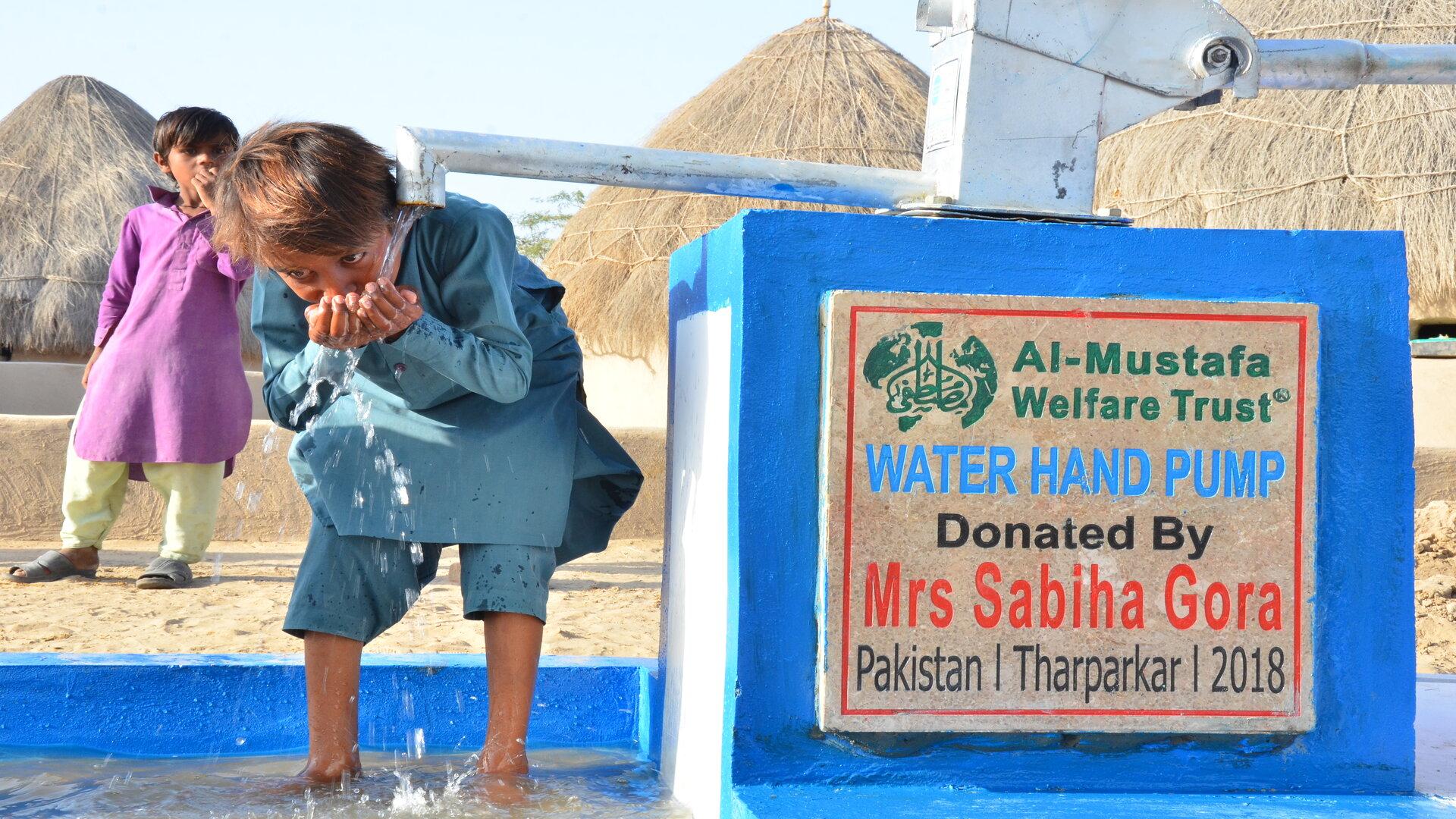 Allah’s Sacred Month of Muharram is a blessed and important month. It is the first month of the Hijri Calendar and is one of four sacred months where good deeds carry special weight. Allah (SWT) says:

'Verily the number of months with ALLAH is twelve months (in a year) so it was ordained by ALLAH on the Day when He created heavens and the earth; of them four are sacred. This is the right religion, so wrong not yourselves therein […]'

Muharram is not only a sacred and blessed month, but it is also a month of reflection for the whole Muslim Ummah. It was in the month of Muharram that the family members of our beloved Prophet (SAW) and their companions went through unthinkable trials on the land of Karbala 1,400 years ago. Imam Hussain (RA) witnessed the loss of his young child Imam Asghar (RA) during the month of Muharram who died in his arms as he was denied access to water.

This year, let’s reflect and recognise the sacrifice of Imam Hussain (RA) by giving the gift of water. 1,000 children are still dying from drinking unclean water every day. Even though water is a necessity of life, to this day there are still 700 million people across the world who don’t have access to clean water. Let’s start the month of Allah (SWT) by giving Sadaqah Jariyah and help build a well!

Sa’d ibn ‘Ubadah reported: I said, “O Messenger of Allah, my mother has died. Shall I give charity on her behalf?” The Prophet (SAW) said: “Yes.” I said, “Which charity is best?” The Prophet said: “A drink of water.”

Muharram marks the beginning of the New Islamic Year 1440. Being the first of the four sacred months, Muharram holds extraordinary significance in Islam. In its most basic sense, Muharram means “forbidden” and is often referred to as the Month of Allah (SWT). Waging war or indulging in any kind of violence in this month is strictly forbidden.

During this sacred month, both sins and good deeds carry a heavier weight than in other periods of the year. The increased reward from Allah (SWT) is one reason why numerous Muslims around the globe choose to give their Zakat in al-Muharram, which is also the perfect time to give Sadaqah!

Muharram held great significance long before the Prophet Muhammad’s (SWT) time. Centuries ago, on the 10th of Muharram, Prophet Musa (AS) and his people were freed from the tyranny of Firaun. With Allah’s (SWT) help, Musa (AS) performed a miracle whereby the sea was divided into two halves making a path for his people to safely cross, while Firaun’s army drowned trying to cross it. The Prophet Muhammad (PBUH) himself used to fast on the 10th Muharram in commemoration and also ordered the Muslims to do so.

“I am closer to Moses than they."

Initially, it was made obligatory to fast on the 10th of Muharram but later fasting was made obligatory in Ramadan only. The Companions saw that Jews also consider the 10th as special day and also fasted on the day. So the Prophet (SAW) said that from the following year, the Muslims would also fast on the 9th of Muharram in order to distinguish themselves from the Jews. Unfortunately, the Prophet (SAW) did not live to see the next year but Muslims around the world consider the Days of Ashura – which are the 9th and 10th of Muharram - as blessed days and observe fast on these days as per the Sunnah of our Prophet (SAW).

It was the month of Muharram when sacrifices made by Hazrat Imam Hussain (R.A), the blessed grandson of Prophet Muhammad and the master of the youth of heaven, his family and his companions on the land of Karbala 1400 years ago.

Prev Article Change the life of a child: sponsor an orphan today Click here
Next Article How to use a Zakat Calculator Click here