The Syrian war is currently the second deadliest of the 21st century and is causing widespread and severe human rights violations and massacres of innocent civilians. As a result, the conflict has caused a major refugee crisis; support to the people of Syria is literally a matter of life or death.

For those who have survived the devastation so far, they are still at risk from the disease, starvation, persecution and the grief of losing loved ones has torn them apart emotionally. Orphans and widows are left to fend for themselves, forced to face the hardest of circumstance alone just to survive each and every passing day.

Across areas of extreme poverty and within refugee camps in Syria, the health of hundreds of elder people, children, pregnant women, new mothers and babies are at risk. Without basic healthcare and nutrition, pregnant women are at risk of complications, miscarriage or even stillbirth.

Widowed women face the ultimate struggle in soothing, comforting and providing for multiple children, grieving for their father while dealing with their own loss, hunger and pain. 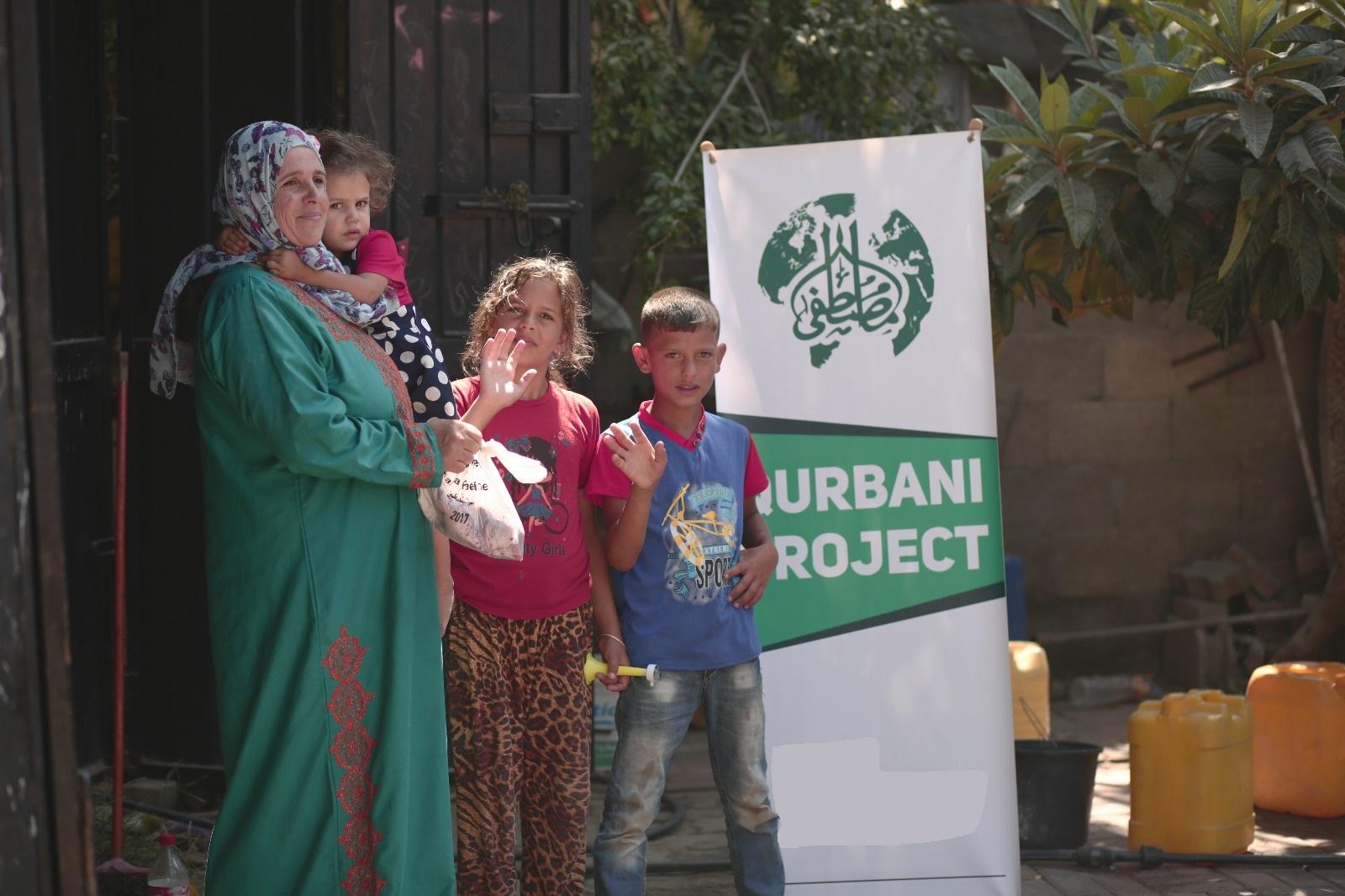 Asiya is a 47-year-old widow with three children, and she opened up with deep sighs:

“With no opportunity to work, no childcare help and living in camps, life is tough. Basic human necessities such as warmth and food are a struggle. Clean running water is a luxury. And the grief is prevailing with no hope for the future”.

Qurbani is the act of offering a sacrifice on the greater Eid, Eid-al-Adha. It not only commemorates the supreme sacrifice offered by the Prophet Ibrahim (AS) to show his total submission and gratitude towards Allah (SWT), but also an act that benefits us, too. By sacrificing something of our own for the sake of Allah (SWT), we are nurturing our Iman, strengthening our capacity for Sabr and reminding ourselves of the fleeting nature of the dunya.

AMWT aims to alleviate some of the suffering felt by the families and children living in Syrian refugee camps by distributing cooked meat to them, so they can celebrate Eid Al-Adha and have the same feelings of happiness as the whole Muslim world during these blessed days.

Asiya added in a joyous voice, “Eating Qurbani meat is amazing! You made us smile. We had [a] really amazing time during the festival. Thank You from the bottom of my heart !

DONATE YOUR QURBANI TO SYRIA TODAY