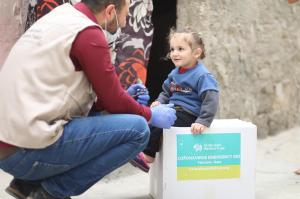 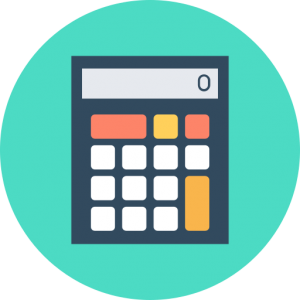 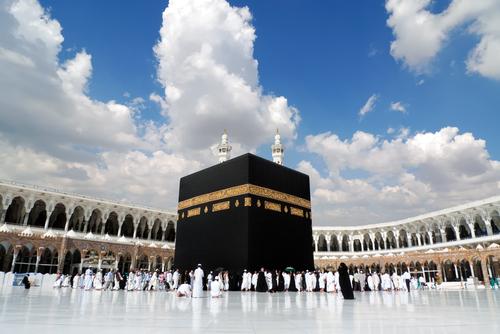 The time of Hajj 2018 is drawing ever nearer and those who are fortunate enough to be about to embark upon the journey of a lifetime are packing and preparing to leave on their spiritual journey – one of the five core obligations upon a Muslim in Islam.

“You shall file together with the rest of the people who stand, and ask Allah (SWT) for forgiveness. God is the All Forgiver, the Most Merciful”

There are many rituals and acts carried out during the performing of Hajj, one of which is Muslims adorning the Ihram (plain, white, unstitched clothing) and circulating the Holy Ka’aba. The significance of this is equality and that we are all equal in the eyes of our Lord – regardless of worldly standing or financial status. We come into this world with absolutely nothing and we shall also leave with absolutely nothing (aside from our deeds).

Eid-ul-Adha, also known as Eid-ul-Kabir (major feast) is celebrated on the tenth day of the final month of the Islamic lunar calendar, Dhull Hijjah.

The day of Qurbani Eid itself commemorates the sacrifice that Prophet Ibrahim (a.s) was prepared to make in his devotion to Allah (SWT) of his most beloved possession, his son.

The day of Eid-ul-Adha follows a very important day for those who are partaking in the annual pilgrimage of Hajj - the day of Arafah.

On this day, the pilgrims head toward the grounds of Mount Arafah to spend the day in complete worship – this is also the grounds on which the Holy Prophet Muhammed (PBUH) delivered His final sermon.

After visiting Muzdalifah and performing the various rituals, the pilgrims eventually return to Mina where the performing of Qurbani is carried out by way of sacrificing animals, in commemoration of Prophet Ibrahim’s willingness to sacrifice his son in devotion to Allah (SWT).

Qurbani in the UK

For those not attending Hajj, the day of Eid-ul-Adha begins with waking up early and performing wudhu (ablution), wearing nice clothes then visiting the Mosque to offer Eid salah (prayers). Qurbani is best carried out on this day and due to being in such fortunate positions compared to those in need, many Muslims choose to donate their Qurbani via a Muslim charity online. This ensures that the meat from your Qurbani is distributed amongst those in much less fortunate positions to ensure they too can spend the day enjoying a feast just like you. After this obligation, the day is generally spent meeting and greeting family and loved ones, enjoying major feasts and giving gifts and sweetmeats.

It is narrated by the Holy Prophet Muhammed (PBUH):

“There is no greater deed than that of Adam in the days of Qurbani than flowing the blood (performing the sacrifice) of an animal that will appear on the day of Qayamah before you with hair, horns and hooves intact. The blood of your sacrifice will reach the stage of acceptance before even reaching the floor.”

It is important to remember that the act of Qurbani is not an annual act of charity; it is a sacrificial obligation upon all able Muslims, whereas charity is something we should contribute to all year round if we are in a position to do so.

“…And do not let not those among you who are blessed with graces and wealth refrain from giving any help to those in need and those who left their homes for the will of Allah (SWT). Let them pardon and forgive as you would want Allah (SWT) to forgive you. And Allah is the Most Forgiving, the Most Merciful.”

The qualifying animals for Qurbani consist of the following:

The act of Qurbani is obligatory upon all Muslims who are of sound mind, body and financial status (must possess wealth equal to current nisab amount in excess of their needs). Qurbani is an obligation upon all members of the family, from adults to children (Qurbani is generally usually  by the parents or guardians of  children on their behalf). If you are eligible to pay zakat, the chances are that you are eligible to pay Qurbani, too.

The exact time of carrying out Qurbani holds significant importance in Islam. It can be performed only from after the Eid salah on Eid-ul-Adha to the 12th Dhull Hijjah. This time frame gives all eligible Muslims sufficient time to perform the sacrifice of Qurbani. It is important to note that Qurbani cannot be carried out before Eid salah on the day of Eid-ul-Adha.

The animal to be slaughtered must be of good health and weight and have no disabilities. Any animal that suffers from any physical disability, poor sight or has broken horns or bones is not satisfactory and cannot be sacrificed. There are also  age restrictions that apply to each animal, too.

Qurbani meat is to be divided into three equal portions and distributed amongst yourself, neighbours (or family and friends) and those in need. This act demonstrates the importance of unity and equality in Islam.

With Qurbani prices starting from just £20, ensure you donate your Qurbani 2018 with a reputable Islamic charity such as Al Mustafa Welfare Trust, who has been actively delivering and distributing your Qurbani donations every year since 1983. We strive to reach out to various countries each and every year, aiming to distribute amongst those most in need. Join Al Mustafa Welfare Trust this Qurbani 2018 and help to feed those in need of our support.

If you are not one of the lucky ones to be partaking in the pilgrimage of Hajj in 2018, then donate your Qurbani with Al Mustafa Welfare Trust.