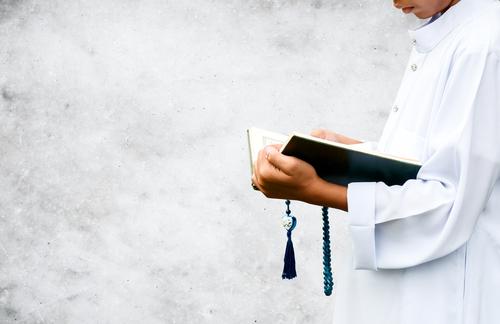 Qurbani is an annual event that occurs on the festival of Eid-ul-Adha. Qurbani reflects upon the sacrifice of Prophet Ibrahim (AS) and His act of devotion to Allah SWT. The time of Qurbani also falls after the annual pilgrimage of Hajj.

The act of Qurbani is to sacrifice an animal (cow, sheep, bull, goat or camel) for the sake of Allah SWT and to distribute its meat into three equal portions; one to be kept for yourself, one to be given to your neighbours and the final to be distributed to those in need. This act encourages humility, unity and equality in Islam.

There are, however, some rules to follow during Qurbani, some of which we have detailed below:

-        Qurbani can only be carried out between the 10th and 12th days of the Islamic month Dhul-Hijah and can be arranged prior to those days, but the act itself must be carried out on the actual day of Eid-ul-Adha

-        There are restrictions on the animals to be sacrificed. For example, the animal must be healthy and well nurtured as well as meeting a minimum age

-        Qurbani is to be offered by baligh Muslims who meet the required criteria (be in possession of sufficient disposable wealth etc.)

-        If the time of Qurbani is missed, then all eligible Muslims are liable to pay compensation

-        Qurbani can be donated directly to countries in need via a reputable charity, such as Al Mustafa Welfare Trust

The Sacrifice of Prophet Ibrahim (AS)

The story of Prophet Ibrahim which the act of Qurbani stems from is a truly inspirational one. It reflects upon devotion and loyalty to one’s Creator and displays a graceful, selfless act of gratitude and commitment.

It was at this point that Prophet Ibrahim (A.S) realised that Allah SWT was testing Him and was very pleased with His obedient action and had replaced Hazrat Ismail with the ram instead.

Therefore, the act of Qurbani stems from this significant sacrifice and history created by Prophet Ibrahim (A.S) and is seen as an act of obedience in Islam.

The Festival of Eid-ul-Adha this year is estimated to fall on or around 30th July. The day of Eid-ul-Adha is recognised as the major feast of sacrifice in Islam and occurs on the tenth day of -al-Hijjah.

The day before Eid-ul-Adha, which is the 9th day of the Islamic month, is a day of complete worship for those who are participating in the pilgrimage of Hajj.

During this Eid, Muslims worldwide attend their local Mosque and offer Eid salaah (prayers) in . Following this prayer, the act of Qurbani is carried out. The meat from the Qurbani is then to be divided into three equal portions and distributed between yourself, family and those who are in need. This gesture also demonstrates equality in Islam.

Whilst we sit amongst our loved ones to enjoy a feast this Eid, it is important to remember those around the world who do not have the privilege of eating such a nourishing meal.

The act of Qurbani not only teaches us about the importance of equality, but it also educates us on the importance of sacrifice. It serves as a valuable reminder that what we have in this world is merely just temporary and not ours in the long run; we are put here for a purpose and are our  (faith) is tested daily. Therefore, it is important not to lose sight of this purpose amongst the daily trials and tribulations that life on this earth can bring. We most certainly won’t be buried with our worldly possessions, therefore these material gains have no real value. The primary thing that will hold its value is what we take back with us in the form of good deeds and acts so it is vital that we exercise this privilege whilst we have the chance, whilst remaining humble and compassionate at all times.

We currently distribute Qurbani in Pakistan, Gaza, Kashmir, Burma, India, Bangladesh, Sri Lanka, Somalia, Gambia, Sudan and Sierra Leone. We also aim to distribute your donations to Burmese refugees in Bangladesh and Syrian refugees in Turkey to ensure we reach out to support as many brothers and sisters as we can who are suffering as a result of world disaster or world conflict.

Many of these brothers and sisters do not even have the most basic of essentials such as clothing, shelter or clean, safe water for sanitation purposes.